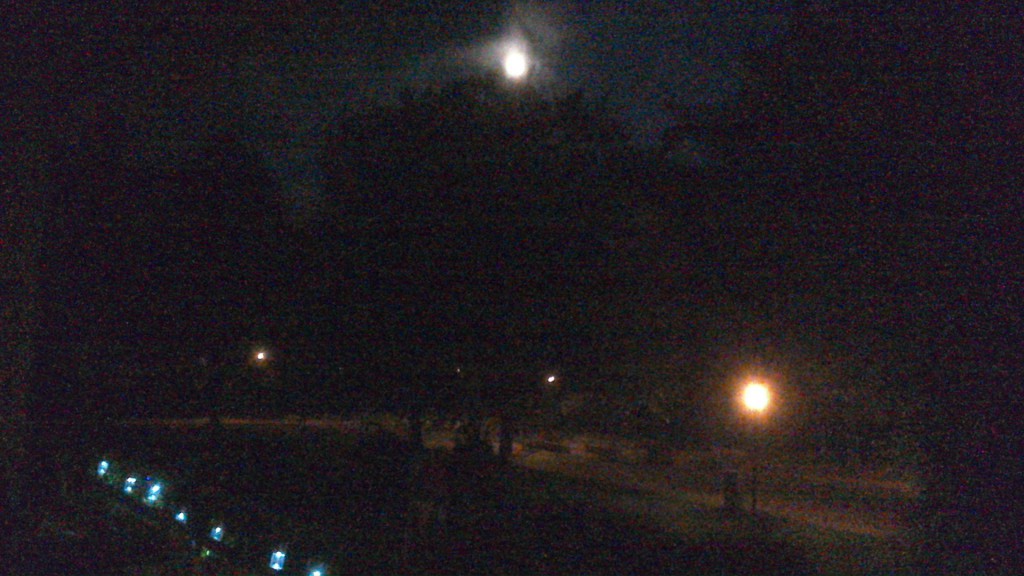 If you think our ten flower pot lights are crazy, check out the color changing lights on the far left… 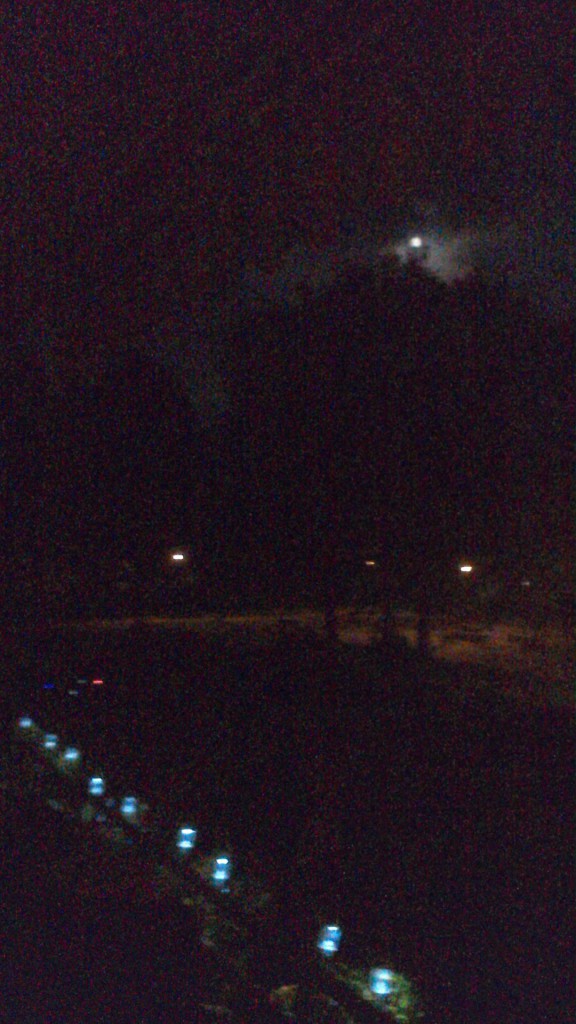 Even more lights to the right…

The magnificent star cluster M13 was very easy to spot, but not so magnificent. It was just a fuzzy cloud. Under balcony-conditions all I ever saw was a blob with lots of stars indirectly, when looking away from it a bit. This time, it did not show stars, neither with the 12, 8, 6 or 3,2mm eyepiece.

Here, about inbetween, should be the ring nebula 😉 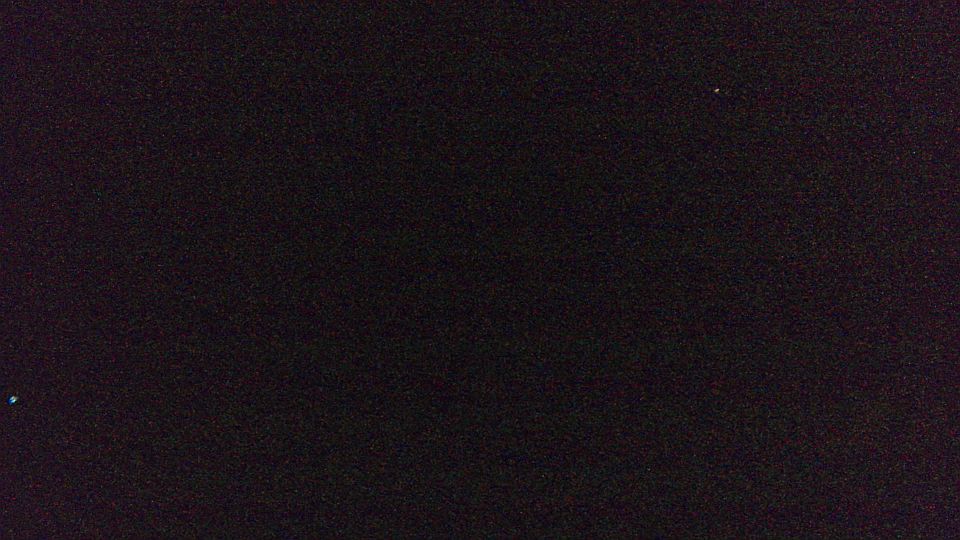 It is obvious that it’s not a star with 20mm (650mm focal length -> 33x), in 12mm it is barely recognizable as a small ring though not as easily recognizable as under dark skies where it is very obvious directly.
The TS CLS filter actually helps, but just a tad.

The dumbbell nebula appears a bit larger but the typical shape was not visible to me under these conditions, and it’s closer to the bright moon, too. The most obvious effect of the CLS filter was with the 3,2mm. Without filter I was not sure if I could see the nebula indirectly, with filter it became visible again. In the 12mm Erfle and 8mm HR Planetary there was a hint of shape but not very much.

My favorite double star, the pretty Albireo.
Pictures can not describe how nice it is to find it for your first time, the color difference makes the star appear like gems on black velvet. 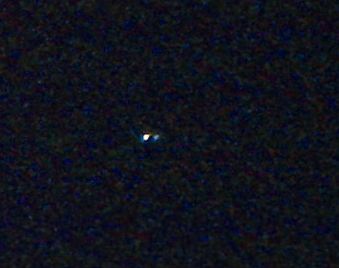 That’s it. Clouds, and from my balcony the view was limited.
Saturn was visible nicely in 3,2mm, 200x. A bit blurry due to seeing in the 2,5mm – 260x.
It disappeared behind a house before I could take a snapshot.